We feature one great organization every day, everyone automatically donates $1.

Audacity is a sound editing program, but it turns out you can open and edit image files with it. With varying results, mostly of the glitch art variety: 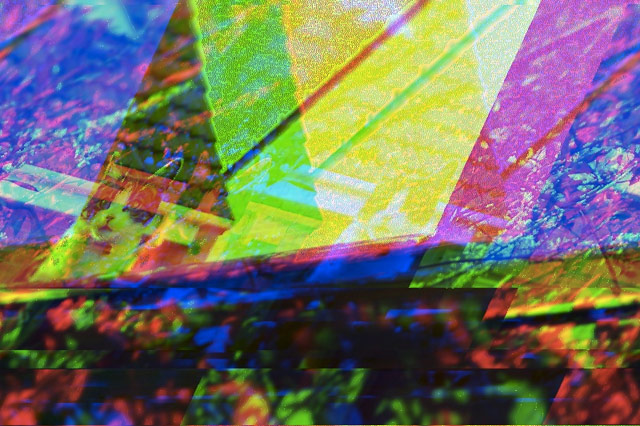 James Somers says that we're probably using the wrong dictionary and that most modern dictionaries are "where all the words live and the writing's no good".

The New Oxford American dictionary, by the way, is not like singularly bad. Google's dictionary, the modern Merriam-Webster, the dictionary at dictionary.com: they're all like this. They're all a chore to read. There's no play, no delight in the language. The definitions are these desiccated little husks of technocratic meaningese, as if a word were no more than its coordinates in semantic space.

As a counterpoint, Somers offers John McPhee's secret weapon, Webster's Revised Unabridged Dictionary, the bulk of which was the work of one man and was last revised in 1913.

Take a simple word, like "flash." In all the dictionaries I've ever known, I would have never looked up that word. I'd've had no reason to -- I already knew what it meant. But go look up "flash" in Webster's (the edition I'm using is the 1913). The first thing you'll notice is that the example sentences don't sound like they came out of a DMV training manual ("the lights started flashing") -- they come from Milton and Shakespeare and Tennyson ("A thought flashed through me, which I clothed in act").

You'll find a sense of the word that is somehow more evocative than any you've seen. "2. To convey as by a flash... as, to flash a message along the wires; to flash conviction on the mind." In the juxtaposition of those two examples -- a message transmitted by wires; a feeling that comes suddenly to mind -- is a beautiful analogy, worth dwelling on, and savoring. Listen to that phrase: "to flash conviction on the mind." This is in a dictionary, for God's sake.

And, toward the bottom of the entry, as McPhee promised, is a usage note, explaining the fine differences in meaning between words in the penumbra of "flash":

"... Flashing differs from exploding or disploding in not being accompanied with a loud report. To glisten, or glister, is to shine with a soft and fitful luster, as eyes suffused with tears, or flowers wet with dew."

Did you see that last clause? "To shine with a soft and fitful luster, as eyes suffused with tears, or flowers wet with dew." I'm not sure why you won't find writing like that in dictionaries these days, but you won't. Here is the modern equivalent of that sentence in the latest edition of the Merriam-Webster: "glisten applies to the soft sparkle from a wet or oily surface ."

Who decided that the American public couldn't handle "a soft and fitful luster"? I can't help but think something has been lost. "A soft sparkle from a wet or oily surface" doesn't just sound worse, it actually describes the phenomenon with less precision. In particular it misses the shimmeriness, the micro movement and action, "the fitful luster," of, for example, an eye full of tears -- which is by the way far more intense and interesting an image than "a wet sidewalk."

It's as if someone decided that dictionaries these days had to sound like they were written by a Xerox machine, not a person, certainly not a person with a poet's ear, a man capable of high and mighty English, who set out to write the secular American equivalent of the King James Bible and pulled it off.

Don't miss the end of the piece, where Somers shows how to replace the tin-eared dictionaries on your Mac, iPhone, and Kindle with the Webster's 1913. (via @satishev)

Update: In the same vein, Kevin Kelly recommends using The Synonym Finder as a thesaurus.

Just look up a word, any word, and it proceeds to overwhelm you with alternative choices (a total of 1.5 million synonyms are presented in 1,361 pages), including short phrases and only mildly related words. Rather than being a problem of imprecision, the Finder's broad inclusiveness prods your imagination and prompts your recall. When I was a kid I used to pray every night for a new bicycle. Then I realised that the Lord doesn't work that way so I stole one and asked Him to forgive me.
- Emo Philips. One time a guy handed me a picture, he said “Here’s a picture of me when I was younger.” Every picture of you is when you were younger.
- Mitch Hedberg. So I called up the airline to make a reservation, they said ¿So how many are we traveling? I said - how do I know, it's your airplane.
- Steven Wright.